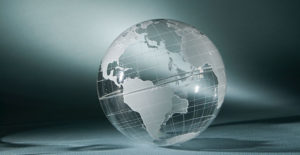 One of the 16. UN specialised organisations based in Geneva. Created 1967 R. To promote intellectual property protection around the world. It now has 184 countries.

contained in 1970 R. The purpose of simplifying patent procedures. One international application of the PCT allows for simultaneous applying for patent protection in all countries/parties of the Agreement. The parties are currently 142 states.

To be attached in October 1973 It allows to obtain a European patent in the European countries in one proceedings before the European Patent Office.

Paris Convention for the Protection of industrial property

Makes it easier to obtain trade mark protection in selected Member States on the basis of a single registration. Currently, it has 56 countries.

Allows registration and protection of trade mark in each State/parties of the Protocol through a single international application. 81 States currently acceded to the Protocol.

Created in 1995 R. To oversee and liberalizowania the rules governing international trade in such a way that such trade is carried out in a smooth, legal and free manner through the resolution of disputes, the supervision of trade agreements and national trade policies, and assistance Developing countries. Currently, there are 153 members and around 30 countries are negotiating their membership.

An international agreement annexed to the Agreement establishing the World Trade Organisation, with a view to equal treatment as regards the protection of the intellectual property of entities in all Member States.

This site uses cookies according to your browser settings. Learn more Accept